It’s a question many noncustodial parents have. They balk at having to give their exes money every month and wonder if it’s being spent on the children’s needs. However, in the vast majority of situations, the answer is no. You cannot pay child support directly to your child, and here’s why.

The first issue is that most parents only have to pay child support until the child is an adult or has graduated from high school. A parent paying child support directly to a minor child is likely to end up with the money being spent on wants and wishes instead of going to the paying parent’s share of the financial costs of raising the child.

However, even in cases where a support order is still in place after the child has reached 18 — which sometimes happens if the paying parent is significantly in arrears — payments cannot be made directly to the child without the other parent’s consent. This is because the courts do not believe that the paying parent should necessarily get to control how the payments are made or how the money is spent.

There is also a concern that allowing this would make it easier for some parents to use the money as a way to exert undue control and influence over the child. Even if the other parent does agree, the courts may still question whether the child has the experience and maturity to handle the money appropriately or whether the money would have negative consequences on things like financial aid for college. 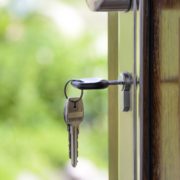 Child support issues when one parent lives outside B.C.

An interim order can help you stabilize your divorce issues

Developing a plan for co-parenting and child support