Children often have strong feelings when their parent’s divorce, and it can be very difficult for them not to feel like they have to take sides. Even when both parents are making every effort to keep the best interests of the children as the main priority, it’s normal for there to be some issues that come up as time passes.

One common issue is that the child wishes to decide which parent to live with or wants to stop visitation with the noncustodial parent. Many people are under the misconception that there is a certain age at which the courts allow the children to choose which parent they want to live with. However, this is not actually the case.

There is no set age when a child’s wishes become a determining factor in a custody case. If the child is old enough to form one’s own opinions based on reason and not just emotion and can articulate those opinions to the family courts, the child’s wishes may be considered. However, it’s important to understand that they are only taken into consideration and just because a child wishes to live with a certain parent does not mean the courts will agree.

The courts are always and only concerned with the best interests of the child, and in many cases, the children may not be mature enough to have the foresight to understand what is truly best for them. The courts must also watch out for signs of parental alienation or one parent attempting to turn the child against the other. 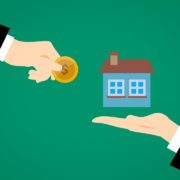 A look at relocation issues for parents after a divorce

Can I move out of the area with my child in a custody case?

How To Choose The Best Real Estate Attorney

Child custody and the best interests of the child

The rights of a stepparent in British Columbia